The tendency to direct resources towards fast-paced... read more 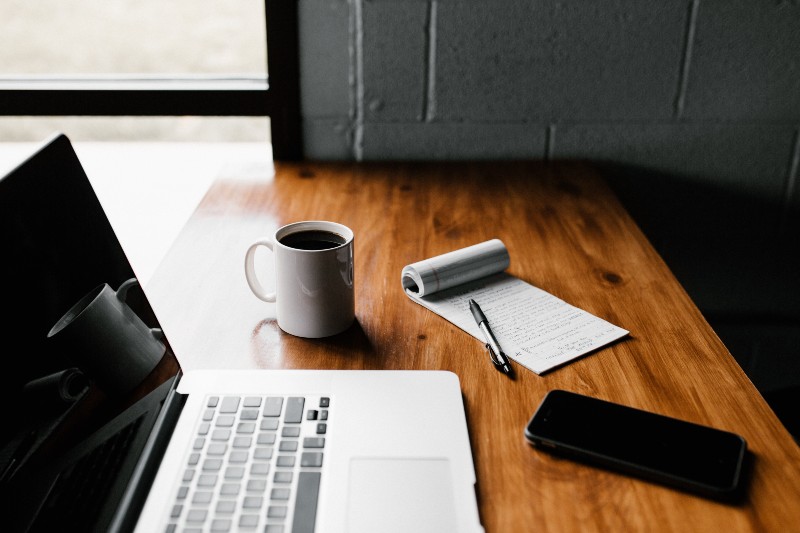 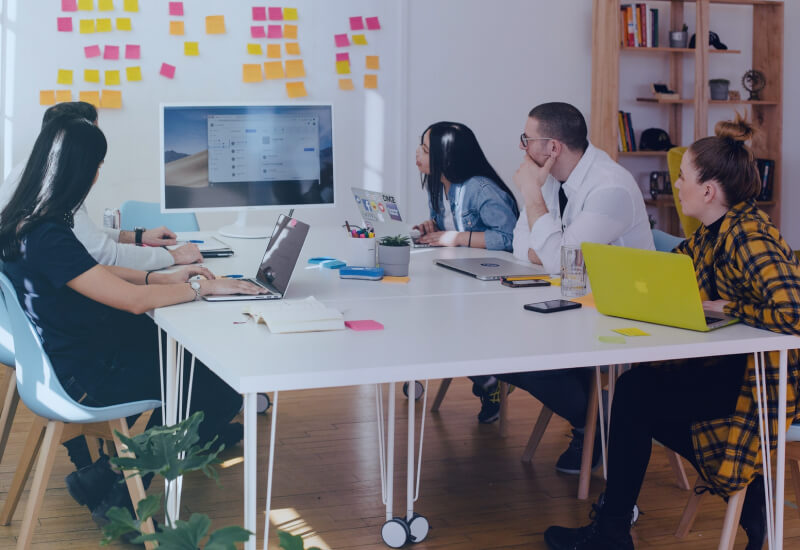 Dedicated teams are a modern approach towards... read more 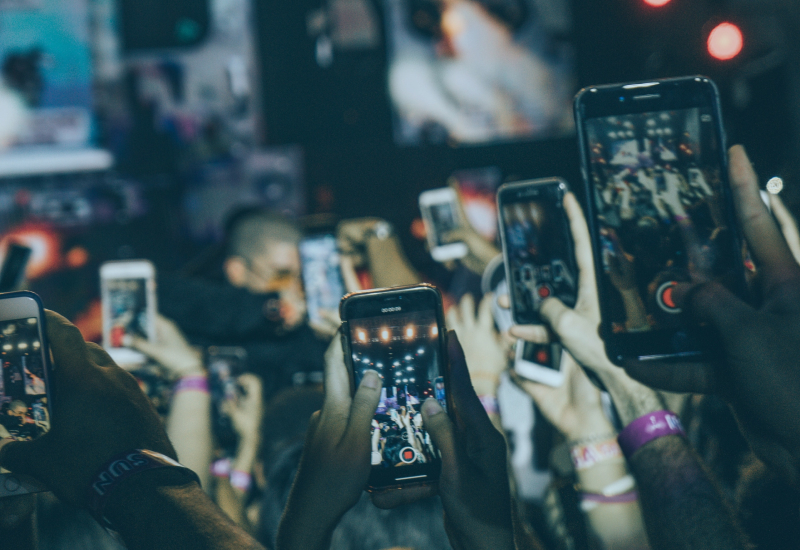 The 1940s – The Development of Cellular Phones Concept

The 1940s are considered the years when the technology applied in modern cell phones was first developed. Cell technology was initially used in crude mobile phones set in police cars, emergency vehicles and taxis and was also applied by truckers. In 1947 the basic concept of cellular phones was created when researchers found out they could use hexagonal cells for mobile phones in vehicles. The idea was truly advanced though the technology to implement it didn’t exist at that time. AT&T company offered Federal Communications Commission (FCC) to allocate a significant quantity of radio-spectrum frequencies to make mobile services possible. In 1947 it was possible to accomplish only 23 conversations at the same time in a separate service area.

On April 3, 1973, Martin Cooper,— a Motorola engineer, researcher and executive, made the first boastful phone call from a portative consumer device to his rival in the race of developing such equipment – Dr В Joel S. Engel working for Bell Labs. The first handheld mobile device was really bulky weighing 1.1 kg, 23 cm long, 13 cm deep and 4.45 cm wide. The subscriber could have a conversation for only 30 minutes with 10 hours necessary for the device to recharge. This invention cost almost 1 million dollars and made Motorola the first company to incorporate the technology developed earlier for car-based radio communication into the handheld device. Later Martin Cooper told the BBC that in today’s currency such a phone would cost approximately $10,000.

1984 — Mobile Devices are Approved for Public Use

The first commercial mobile phones (1G) were introduced by Motorola in 1983. That year the U.S. Federal Communications Commission approved DynaTAC portable phone created by Motorola for public use. This device had the size of a small briefcase. Despite its weight is reduced to 794 g in comparison with the much heavier initial prototype models, the DynaTAC phone was rather inconvenient and limited in use, and the analogue telephony was rather noisy and vulnerable to eavesdropping. Consumers liked it anyways, and DynaTAC quickly became an expensive status thing. The main and only function of this phone was voice traffic.

The 1990s — The Age of Digital Telephony & SMS Started

The 1990s are considered to be the beginning of the mobile phone industry revolution which hasn’t ended even today. In 1990 the first GSM (2G) network using digital technology for communication in the 900В MHz frequency band was launched in Finland and the first cell phone working with GSM networks was made.

Phones became much smaller, more energy-efficient and affordable (the cheapest models starting at about $200), and as a result were getting more and more popular, passing 100 million subscribers by 1998. In 2001 the first commercial launch of 3G — high-speed “third-generation” GSM network — took place in Japan. A brand new type of communication — short text messages (SMS) – was introduced and rapidly became popular among young people. The first SMS written by a person was sent in Finland in 1992. 2G and 3G allowed a consumer to access the media content via their mobile phones.

1993 — Invention of the First Smartphone

IBM’s Simon, considered to be the first smartphone in the world, was introduced at the Wireless World Conference in 1993. It cost $899 and had a wide range of features including a pager, fax machine, PDA, remotely updated calendar, e-mail, address book, clock, calculator, early LCD touchscreen with QWERTY keyboard and predictive typing. IBM produced only 2,000 such phones weighing less than 0.5 kilograms and with a stylus for writing on the screen.

In 1998 Finland’s Radiolinja (now Elisa) started to sell the first downloadable content for mobile phones — it was a ring tone. Mobile payments were tested in the same year in Finland and Sweden and were used for purchasing drinks and for parking fees collection. The first banking/credit commercial payment system was launched in 1999 in the Philippines. 1999 is the year of internet services introduction on mobile phones by NTT DoCoMo (Japan).

The first mobile device with the camera was invented in 1997 by French entrepreneur Philippe Kahn. He took the first photo with a mobile phone; it was a photo of his newborn daughter Sophie. The commercial launch of such devices followed in 2002 when Nokia 7650 and the Sanyo SPC-5300 with built-in cameras became available for consumers.

June 29, 2007, is the date of the first iPhone official release which caused a real stir among consumers. People queued overnight to be among the first to get their hands on Apple’s smartphone. The iPhone had 9В cm (3.5 in) touch screen covered with scratch-resistant glass and was running on the Apple iOS mobile operating system. The iPhone was described as a combination of three separate devices — a mobile phone, an iPod and an internet communicator. Apple’s smartphone was one of the first devices to make incredible use of touch screen controls on mobile phones. iPhone bragged of a touchpad keyboard, photo library, and a visual voicemail box.

By 2012, smartphones and feature phones of the greatest variety became the most common electronic devices in all parts of the world. In 2012, more than 1.7bn mobiles were sold by the industry leaders – Samsung, Nokia, and Apple.

Those days, smartphones and the cheap feature phones were incorporated into many various aspects of our everyday life. Experts were predicting that this trend would grow even stronger, and were completely right about this.

In 2014, mobile usage was on its rise – users began to use mobile phones for their daily activities more often than their personal computers. This year became a turning point in the world of digital technology.

In the same year, the first Apple Watch was released, which also became an important event in the world of mobile usage. That meant increased personalization – users could enjoy much more than standard functions. Apple Watch allowed for sending and receiving messages and even answering calls. Moreover, with the new smart watch, users could measure their heart rate, which was also a revolutionary breakthrough.

Back then in 2014, Apple Inc. first announced Apple Pay, a handy payment service available for iPhone users. Soon after, in 2015, the company internationally rolled out the new service, which supported Mastercard, Visa, and the American Express.

In the same year, Google LLC launched its Apple Pay, which was based on Google Wallet, released back in 2011. In 2018, Android Pay was officially merged into Google Wallet and rebranded as a whole as Google Pay as we know it.

In 2016, Xiaomi Corporation launched its popular model Mi Mix with the eye-catching almost bezel-free screen. The smartphone had a 91.3 percent screen-to-body ratio.

The company has gotten a lot of grief for copying other giants, but with Mi Mix and its edge-free display, it has left every hater speechless. The phone had other oddities too: it had a 17:9 aspect ratio and a screen resolution of 2040×1080.

In 2018 phones sales numbers began falling drastically when compared to the previous years:

In 2020, due to the pandemic and several scale lockdowns, most manufacturers changed their business models and surprised their customers with eye-catching, unprecedented features:

In the year 2021, we’ve seen a great shift towards technological progress with the following trends:

Mobile technology has come a long, busy way since the late 1940s, when the cellular phone was invented. Today, modern mobile devices not only allow for phone calls, but do practically replace personal computers.

What awaits mobile development in another 10 or 20 years? Will another advanced technology replace the mobile phone in its usual sense? There’s no exact answer to this. But there are certainly many revolutionary innovations ahead of us.

Are you currently looking for a tech partner to design a tailored business application to enhance your growth? By adhering to up-to-date industry standards and implementing the latest mobile technology, we provide custom mobile software development to deliver Android, iOS, Windows and cross-platform applications.

15 years we solve your tech challenges