In 2021, our company was contacted by a US startup specializing in digital collectibles, and serving NFT creators. The client was interested in creating a unique NFT marketplace for viewing, renting and securely purchasing digital assets, which can then be exchanged for physical items.

The project’s main goal was designing and delivering a manageable NFT marketplace:

How the solution works 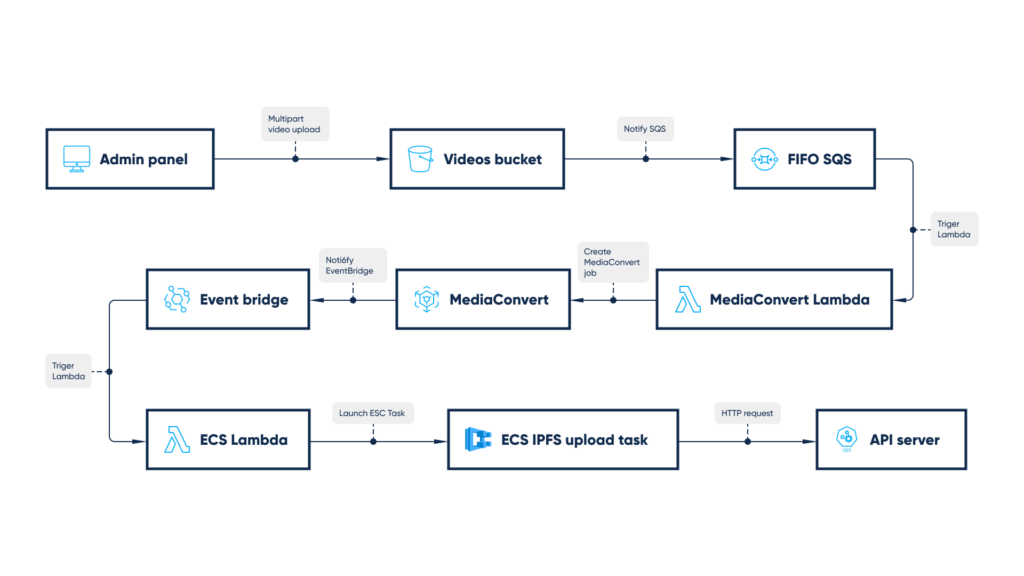 Smart Contracts
Smart Contacts is a self-executing contract in form of an buyer-seller agreement contained within the code. This way, NFT vouchers are redeemed by the platform’s administration and exchanged for rewards.

Along with additional getters and helpers.

Along with additional getters and helpers.

Ethereum Contracts
The created contract is based on:

Code infrastructure
For the 100% safe and smooth creation, modification and setup of infrastructure, our team picked Terraform. The solution now has two environments, for staging and production.
A diagram of the created infrastructure: 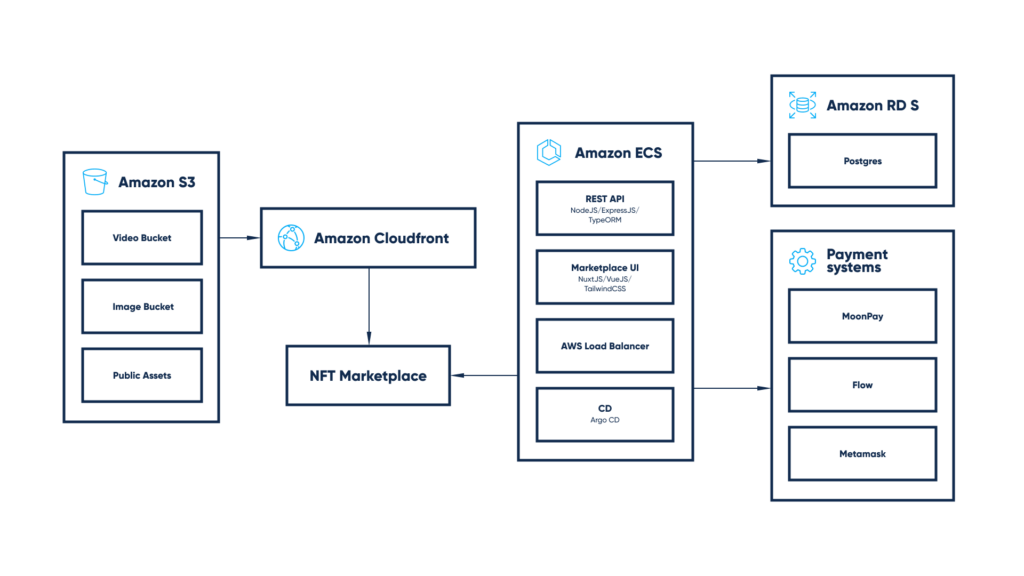 A diagram explaining the core functionality of the NFT marketplace: 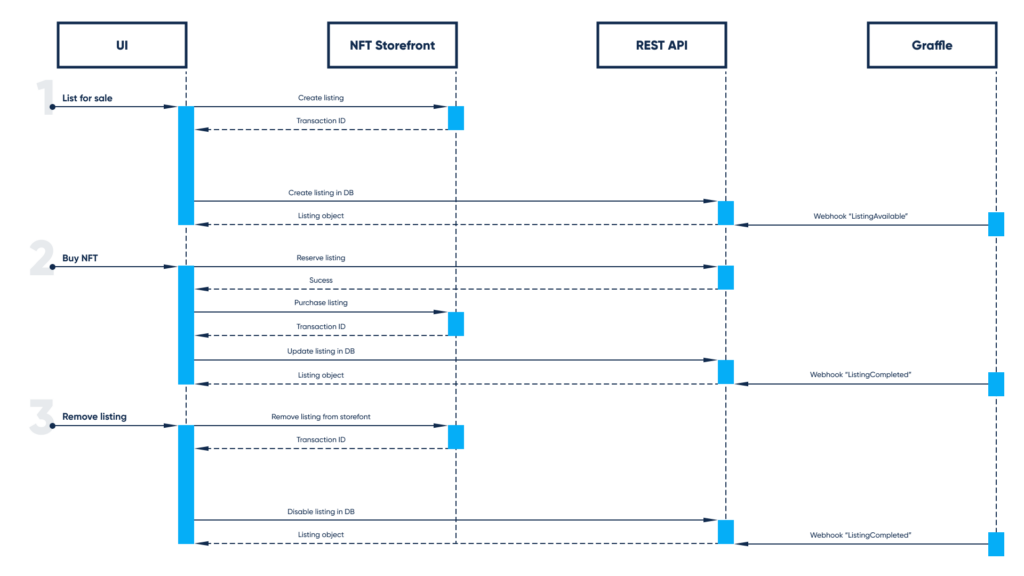 At this project stage, we configured the following AWS services:

During the project’s scope, our team faced challenges related to:

1.    The creation of a reliable system for configuration and minting of vouchers

The client was using shell scripts to generate NFT tokens, but aimed to do it by using the administration panel.

2.    The integration of several payment methods: MoonPay, MetaMask, and Flow

3.    The synchronization of data from blockchain with database

It might be difficult to trace the bought NFT tokens as they can be easily purchased on some external sources. To provide simplified monitoring, we implemented Graffle WebHooks together with Cron Jobs.

The custom NFT marketplace is designed to ease the interaction with content and other community members. Today, content isn’t just about consumption – it’s about cultural heritage, having influence, and opportunities for investment.