How to Choose the Right Mobile Solution Provider

Smartphones and tablets not only penetrate into... read more 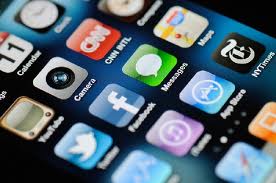 The number of software applications for smartphones and tablets is expected to grow rapidly. So developers will be forced to make their apps unique and functional to stay competitive. Consumers demand more and more fresh apps; therefore, companies implement custom apps stores striving to introduce their piece of software in mobile devices, tablets, network carriers, etc. Along with this, cross-platform apps also demonstrate exponential growth bridging the gap between the leading tech providers and being compatible with the most popular mobile OS such as Andriod, Windows mobile, iOS, Moblin, etc.

Modern consumers tend to use their mobile devices more and more for purchasing different goods and paying their bills. Experts predict shopping via smartphone and tablet to become common for most users shortly. Mobile devices enable consumers to accomplish visual search and comparison of products and prices, and than make the final decision. Retail companies also implement mobile commerce into their corporate strategy to catch up with consumer demands. With new apps mobile devices have become digital wallets allowing to accomplish payments by means of plug-in terminals accepting credit card payments via smartphones / tablets.

Users’ demand for social networking and gaming apps is permanently growing. It is marked by Gartner as one of the fastest developing mobile apps category. Its main focus and a great part of overall user experience is on users’ content sharing. Social network platforms absorb large volumes of network traffic including messaging, e-mailing, sharing graphic and video content, games, etc. Social media is also very actively used for mobile commerce and product promotion by multiple enterprises and individuals.

One of the expected trends in mobile apps development is utilizing maximum user information including location, preferred activities, environmental conditions, etc. This allows to deliver the most appropriate application features and context aware services, thus improving overall user experience. Such information could be accessed by the application via external sources including Facebook or based on the app’s own “experience”.

John Jackson, an IDC analyst, claims that mobile application development will focus namely on iOS and Android while developers will be mostly reluctant to create software for В Windows OS or BlackBerry 10. HTML5 web app development may kick in but most of developers tend to create hybrid apps (with web and native elements and embedded HTML). HTML5 is profitably represented in mobile app devices but customization is required to make native application programming interface calls.

Growth of tablets usage for education and business

According to Gartner’s report the number of tablets sold for businesses will increase from 13 million in 2012 to 53 million in 2016. Tablets are expected to maintain their position in education, e.g. as multimedia textbooks in schools/universities as they provide more exciting experience for students and are more convenient. For instance, Apple already provides open source software called iBooksAuthor designed for creating multimedia textbooks.

By the end of 2013 smartphones and tablets are expected to outnumber traditional desktop and laptop personal computers. Appcelerator predicts in its report that in 2013 smartphone users will tend to own a tablet or other smart-enabled mobile device as well. Moreover, those devices are already used mostly for Internet browsing, content sharing, on-line shopping, etc. Legacy mobile applications are increasingly replaced by new cutting-edge apps while mobile app adoption spreads.