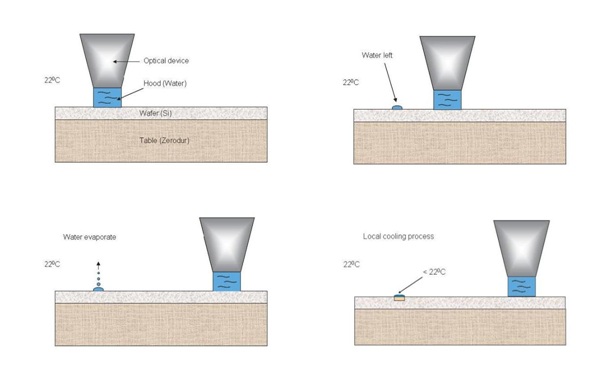 Our customer, a leading manufacturer of lithography systems for the semiconductor industry from the Netherlands, is constantly striving to introduce equipment that enables chipmakers to produce even finer features on chips. Producing smaller features means that chipmakers can in turn shrink the size of their chips, thereby reducing the cost of production, decreasing the amount of energy needed to operate them and increasing their power.

We formulated a first-order feed-forward model for the warping of the wafer after exposure in immersion lithography. Our experts managed to show that this warping happens due to local cooling of the upper surface of the wafer, caused by evaporation of a small water layer left on the surface after the exposure.