Abto Software specialists generated a truly superb application that can be utilized for a number of industries including banking and finance, military, government and security institutions.

The initial challenge was to create a stable, secure and robust solution allowing to record phone calls, voice mails and SMS within the separate institution. These features are absolutely vital for almost every modern institution concerned with security issues. CES application allows to prevent spreading of the confidential corporate information.

The web UI is essential for the purpose of the CES. Web user accounts are based on operational roles. The first release will provide Compliance Officers with a means of:

Web user accounts are based on operational roles. There are two main varieties of the role:

In addition to the operational roles described above, the system has a special role required to initialize the customer’s environment. This is an once-only process relying on a single approved customer role (Sys Admin) and a single remote support role (Initiator).

This process provides a secure means of the supplier initiating the customer system and then permanently detaching all trust relationships. The reason for this process is to ensure that only users exclusively invited to access the system by the customer during operations can do this.

The CES is designed to initiate users through an invitation and approval process. The reason for this is that an additional layer of security can be added by involving two CES roles in the process. 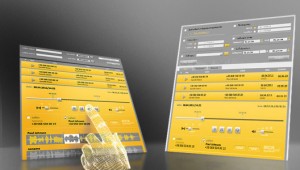