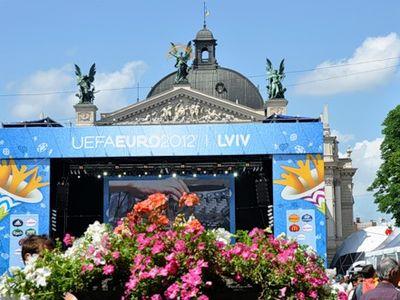 Lviv is proud to host a great football event, Euro 2012, for the first time in history.

Our beautiful ancient city, Abto’s native city, welcomed thousands of football fans from Europe and other countries of the world. Our guests were impressed by Lviv citizens’ hospitality and refined architecture of the city’s historic center. Jens Andersen, the representative of Dutch fan embassy in Lviv marked that he absolutely loved Lviv beer, chocolate and coffee. He considers Lviv “a must-visit city” not only for the football fans but also for every tourist.

A fan zone for almost 27 000 people was opened in the heart of the city — the city center, next to the famous Opera House. Fans could watch the matches, relax and communicate here in a friendly atmosphere. A number of volunteers as well as ordinary citizens with good command of English were ready to help our guests. International airport “Lviv” served more than 600 international and domestic flights during Euro 2012. Most charter flights arrived from participating countries: Germany, Denmark, Portugal, Poland, Czech Republic and Austria.